With its massive tail, glorious, iridescent feathers and iridescent colors, peacock has been regarded as one of the most beautiful and enchanting birds in the world.

Strictly, the male is a peacock, and the female is a peahen; both are peafowl. The two Asiatic species are the blue or Indian peafowl originally of the Indian subcontinent, and the green peafowl of Southeast Asia; the one African species is the Congo peafowl, native only to the Congo Basin.

When a peacock wants to woo a peahen, he unfurls his glorious, iridescent feathers and furiously vibrates them in what's called a “train-rattling” display which scientists regard as a biomechanical wonder. In 2013, Roslyn Dakin, a zoologist at the University of British Columbia, proved the hue and iridescence of a peacock’s blue-green eyespots overwhelmingly influences mating success. The vibrations make the bird's signature eyespots on the tail feather appear to float, motionless atop a swirling sea of wispy feather barbs. Microscopic is the crystal-like structures on the the peacock’s feathers that reflect different wavelengths of light depending on how they’re spaced, resulting in bright brilliant fluorescent colors.

A peacock’s tail feathers can reach up to six feet long and make up about 60 percent of its body length. Despite these odd proportions, peacocks can fly just not very far.

Despite their small size, peacocks are one of the most aggressive bird species. They will regularly attack jays, crows, and hawks that infringe on their territory. Backyard birders often find they have one dominant peacock that guards all the feeders, chasing intruders away.

In India, for thousands of years peacocks graced palaces and temples fighting off evil snakes. In Hindu mythology the peacock was worshipped as a symbol of the sun. The peacock also served as a mounted vehicle to many of the Hindu’s war gods including Brahma, Kama, and Kartikeya. While in ancient China, the peacock was considered a good omen that was able to ward off evil spirits.

The blue peacock has be adored by humans and kept as pets for thousands of years. While the peacock is primarily associated with majestic beauty and wealth, because they replace feathers every year make them the symbol of renewal and resurrection in Hinduism and early Christian and Byzantine culture. It's also associated with Goddess Saraswati-the deity representing benevolence, patience, kindness, compassion and knowledge.

We design and wholesale many peacock themed vegan wristlets, wallets, coin purses, purses and pouches, travel accessories, fashion jewelry (rings, earrings, necklaces and hair accessories), journals and greeting cards. We hope these vegan themed vegan fashion accessories and gifts will be great reminders to all of us to enjoy the sweetness of life, lift up negativity wherever it creeps in and express love more fully in our daily endeavors, be encouraged to develop adaptability and resiliency while keeping a playful and optimistic outlook. 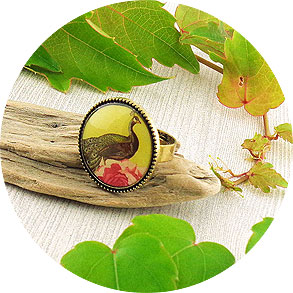 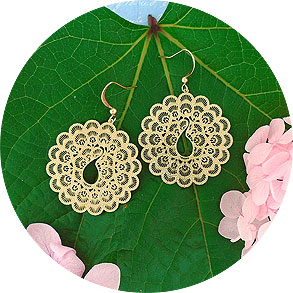 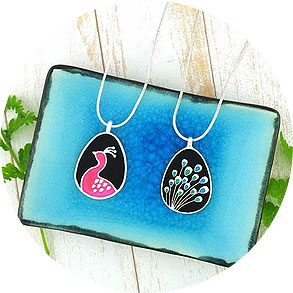 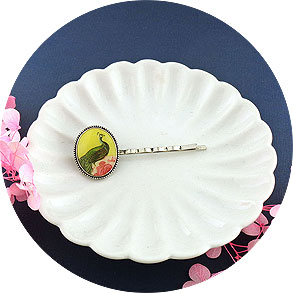 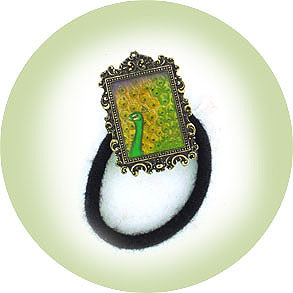 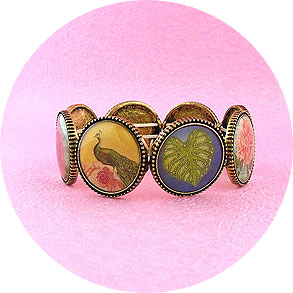 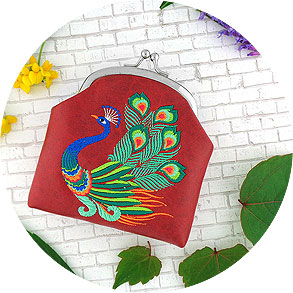 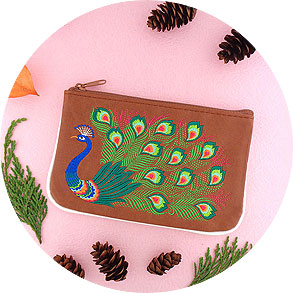 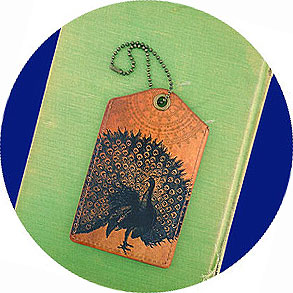 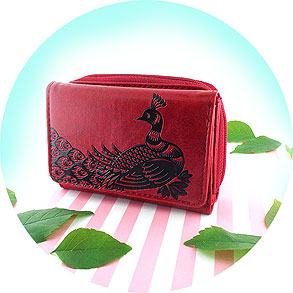 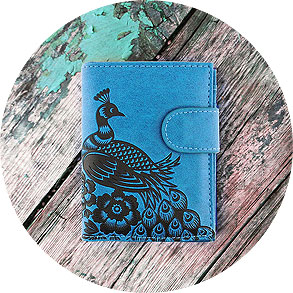 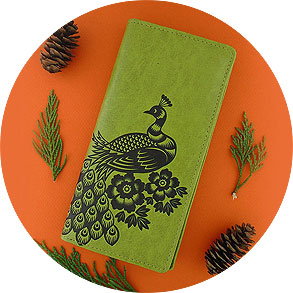 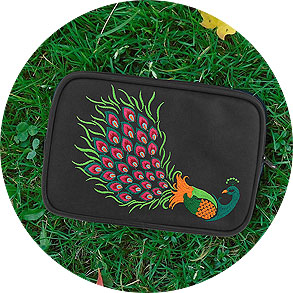 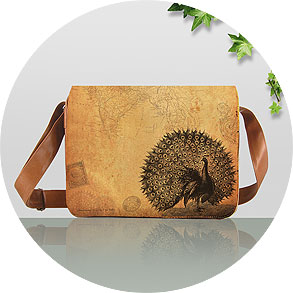