Unlike many other birds, sparrows can't be found in forests and deserts. Originated from North Africa, they have been successfully introduced to Europe, the Americas and much of Asia. It's the most common birds of our planet and species of birds easy to recogniz because it lives very close to humans. House sparrows have been seen feeding on the 80th floor of the Empire State Building and also have been spotted breeding nearly 2,000 feet underground in a mine in Yorkshire, England. House Sparrows are now common across all of North America except Alaska and far northern Canada.

When Europeans first arrived in the Americas, there were Native American cities but without the species Europeans had including pigeons and sparrows. In the late 1800s, Nicholas Pike introduced about 16 birds into Brooklyn including sparrows. The house sparrows were looked upon favorably for a while until they became abundant and began to spread everywhere between California to the New York. In 1889. By 1900 it had spread to the Rocky Mountains. Two more introductions in the early 1870s, in San Francisco and Salt Lake City aided the bird’s spread throughout the West. In 1928, a survey was sent to roughly 5,000 Americans to ask them what they thought of the house sparrows. Three thousand people responded and the sentiment was nearly universal: The birds were pests and they to hate these birds. But the recent study showed house sparrows are disappearing — their populations are down 331 million since 1970. London lost three-quarters of its sparrows between 1994 and 2000. It is happening all over the world. In some urban areas the population has fallen by 99%. Over the past few decades, sparrow populations have decreased in many towns and cities around the world. The most commonly mentioned reasons for these decreases are lack of food, especially invertebrates, and fewer nesting sites and shelters.

Sparrow is a very small bird with length ranges between 4 to 8 inches and weight around 0.8 to 1.4 ounces. It usually flies at the speed of 24 miles per hour but when escaping from the predators, it can accelerate to the speed of 31 miles per hour. Although sparrows do not belong to the group of water birds, they can swim very fast to escape from the predators. The longest living sparrow was found in Texas in 2004, a female sparrow lived more than 15 years.

We design and wholesale many sparrow themed vegan wristlets, wallets, coin purses, purses and pouches, travel accessories and fashion jewelry (rings, earrings, necklaces and hair accessories). We hope these vegan themed vegan fashion accessories and gifts will be great reminders to all of us to work hard and work well with others, celebrate life and cherish our freedom. 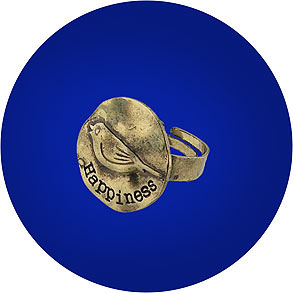 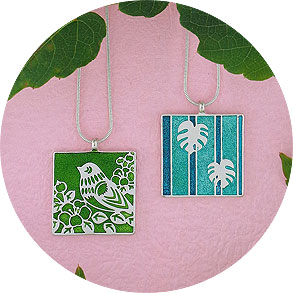 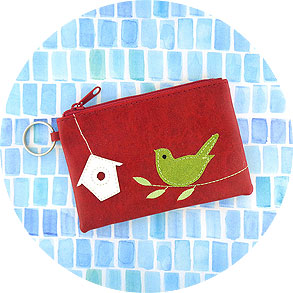 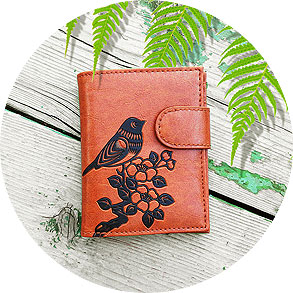 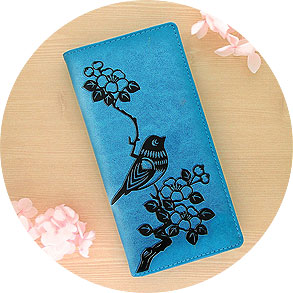 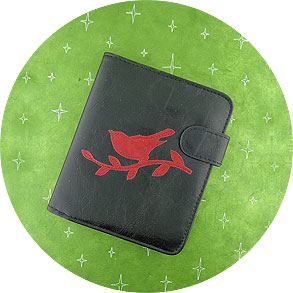 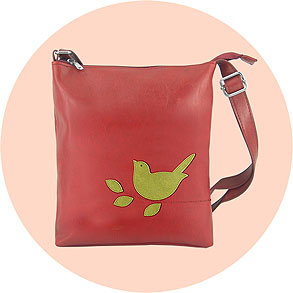